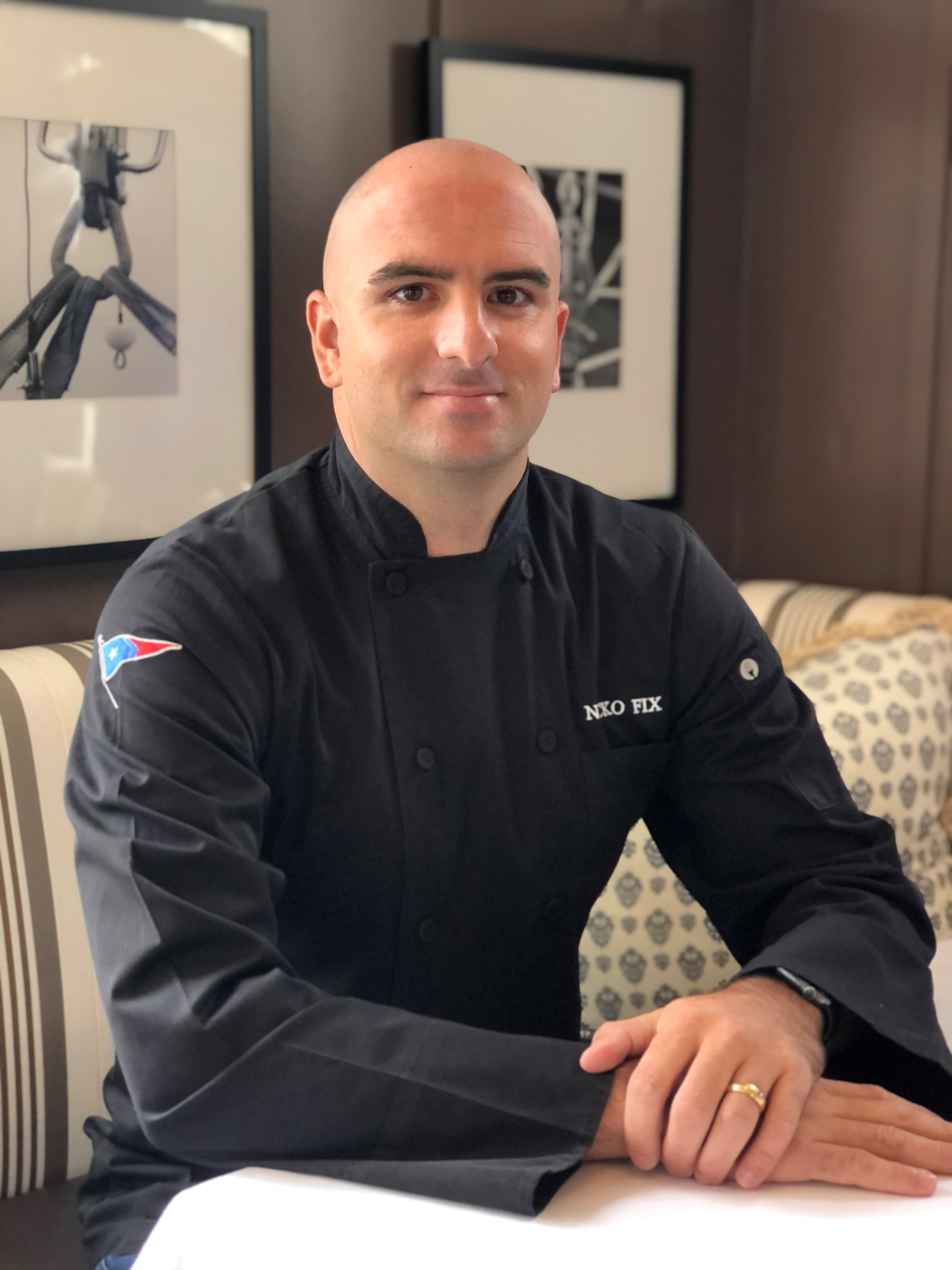 Great Harbor Yacht Club is happy to announce that Nicko Fix has been selected to be its new Head Chef. Chef Nicko is well known to GHYC from his previous experience with the Club. He was instrumental in the 2016 Grill Room turnaround success that was followed by his amazing season in 2017 as the Dining Room chef. When Nicko returned to us in 2019 he seamlessly took over the event reins and delivered a flawless social and nonmember event season. His outstanding execution of the inaugural Great Harbor Yacht Club Foundation event on Brant Point was a particular highlight of his success with us and proof of his immense talent. Many participants in this dinner remember it as being one of their best culinary experiences, period. Nicko has an impressive culinary pedigree. He grew up learning to make pizza dough and meatballs with his Papa Tony at their family’s Italian restaurant in San Diego, from which he hails. These early years would shape his life to follow his passion, bringing joy to people through food. Nicko pursued this goal by first working with the Cohn Restaurant Group, and then attending the San Diego Culinary Institute where he won the Harold Meyberg Award of Excellence. Chef Nicko has excelled in many of the finest California kitchens including The French Laundry, Burlap, Gabardine, and most recently at Morimoto in Wailea, Hawaii where he was the Executive Chef. While at The French Laundry Nicko was selected by Chef Thomas Keller to represent him at Noma Tokyo as Chef de Partie. Chef Nicko is excited to take on this new role. “The opportunity of being the Head Chef at GHYC is a goal that I have been working towards my entire career. I feel that my years of previous experience with the Club will help me to bring Members exceptional dining experiences. I am also thrilled to be able to do this on the island that I love and that my family calls home.” Nicko’s selection follows a comprehensive search process, which was led by Christian Pavesi, GHYC’s Assistant General Manager / Food & Beverage Director and to whom the Head Chef reports. The search committee also included General Manager Stephen Creese and Board Member Al Goduti, who serves as the current Food & Beverage Committee chair. After reviewing over a dozen well-qualified applicants, the Committee conducted interviews with four candidates. Nicko emerged as the unanimous choice as the best candidate for the position. Christian Pavesi anticipates a seamless transition for Chef Nicko into his new role. Christian will oversee Chef Nicko and all culinary administrative duties. “I am thrilled to be working side by side with Nicko to reimage all areas of dining at Great Harbor Yacht Club and to deliver a truly exceptional 2021 season.”