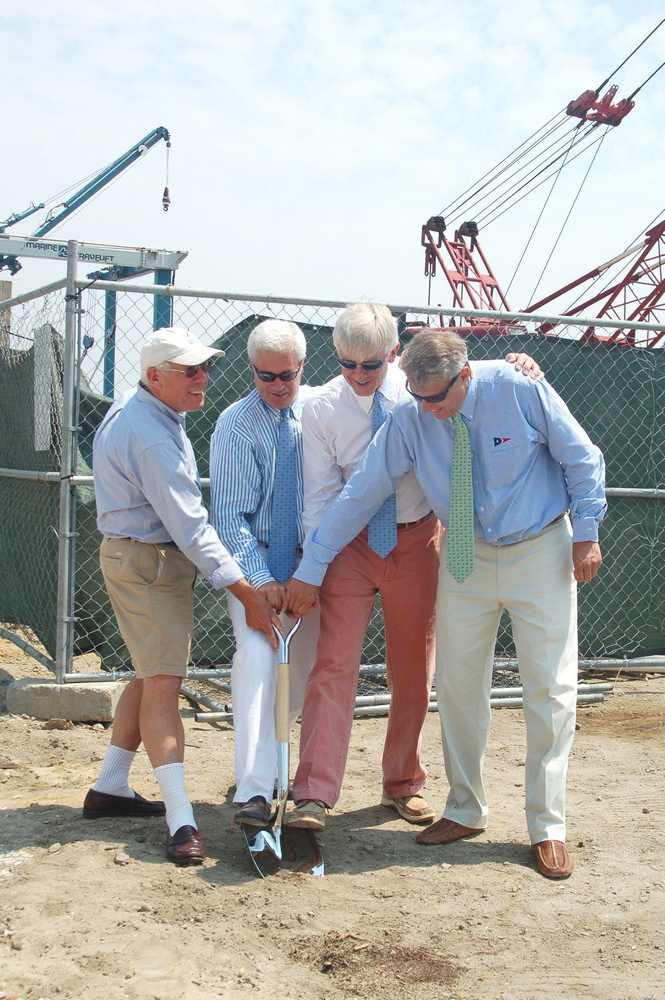 GHYC was founded in 2003 with the vision of creating a community that would share its love for Nantucket - while offering extraordinary amenities and programs in a relaxed setting with outstanding service and exceptional dining.

Early Milestones in Our Club's History:

A group of Founding Members joined together with developers Gary McCarthy and Blake Drexler to form Great Harbor Yacht Club. During that first summer, the Club purchased the waterfront property and set about building the foundations of what became the GHYC community.

The Club hired its first employees, and the Great Harbor member community became firmly established during its earliest summers at such events and activities as sunset cruises, the annual Boat Barn Ball, and the annual scalloping weekend.

The Club also established its sailing program, buying a small fleet of boats so Members could learn to sail or brush up on their skills.

Throughout all of 2005 ,the board of advisors, architects, engineers and construction crews worked diligently to secure all the plans and permits to build the yacht club facilities. In the meantime, Members enjoyed another season of activities and began co-sponsoring, along with Nantucket Yacht Club, Nantucket Race Week to benefit Nantucket Community Sailing.

In Spring, the Club purchased the existing Nantucket Tennis & Swim Club on Nobadeer Farm Road and completed extensive renovations to the property to begin offering tennis, squash, aquatic, and fitness programs to members.

On July 6, the Club held a ribbon-cutting ceremony for the Jobson Sailing Center, in honor of world renowned sailor and longtime advisor to the Club, Gary Jobson.

The Club held the official groundbreaking ceremony for the Clubhouse on June 28, and construction began in earnest with a goal of completion by summer 2009.

On July 16, we held the ribbon-cutting ceremony for the Spa & Fitness Center and began offering a full fitness and wellness program to Members and their guests.

We commissioned our Clubhouse on July 1 and began offering full dining operations, which we have been significantly expanded ever since. The dining season at Great Harbor now runs from Memorial Day Weekend until October 1, with additional openings for holiday weekends throughout the shoulder season.

Since 2009, the GHYC has continued to add to the Club’s offerings and has bought several additional pieces of property. The Club’s expanding footprint has enabled it to add benefits for Members and provided much-needed employee housing.

Copyright ©2021 by Great Harbor Yacht Club. All Rights Reserved.  sites by MembersFirst  |  Terms of Use  |  Privacy  |  Request My Information