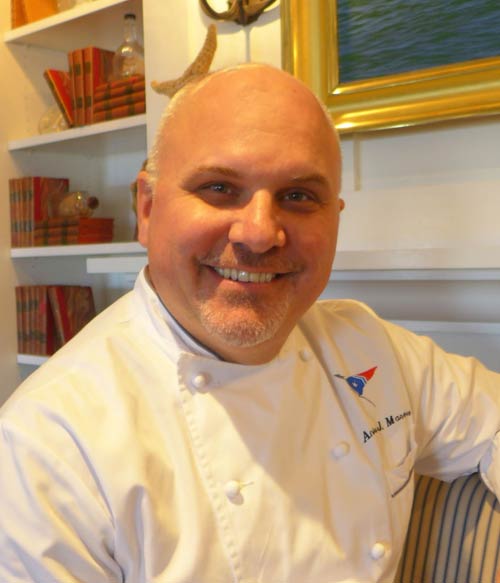 Andre is Director of Culinary Operations and Executive Chef at GHYC. Before joining the team in 2014, he was the opening Executive Chef at the highly acclaimed 54 Below in Manhattan. He attended the French Culinary Institute and later worked for such world-renowned chefs as Daniel Boulud, Jean-Georges Vongerichten, and Jöel Robuchon.

Before becoming a full-time chef, Andre worked in theater and television, first as an actor and then as an art director and prop master. His love of cooking comes from a love of learning about other cultures and places through the story of food.

Andre lives on Nantucket year around with his wife, Erica, their two children, Chloe and Oliver, and Penny the Guinea Pig.